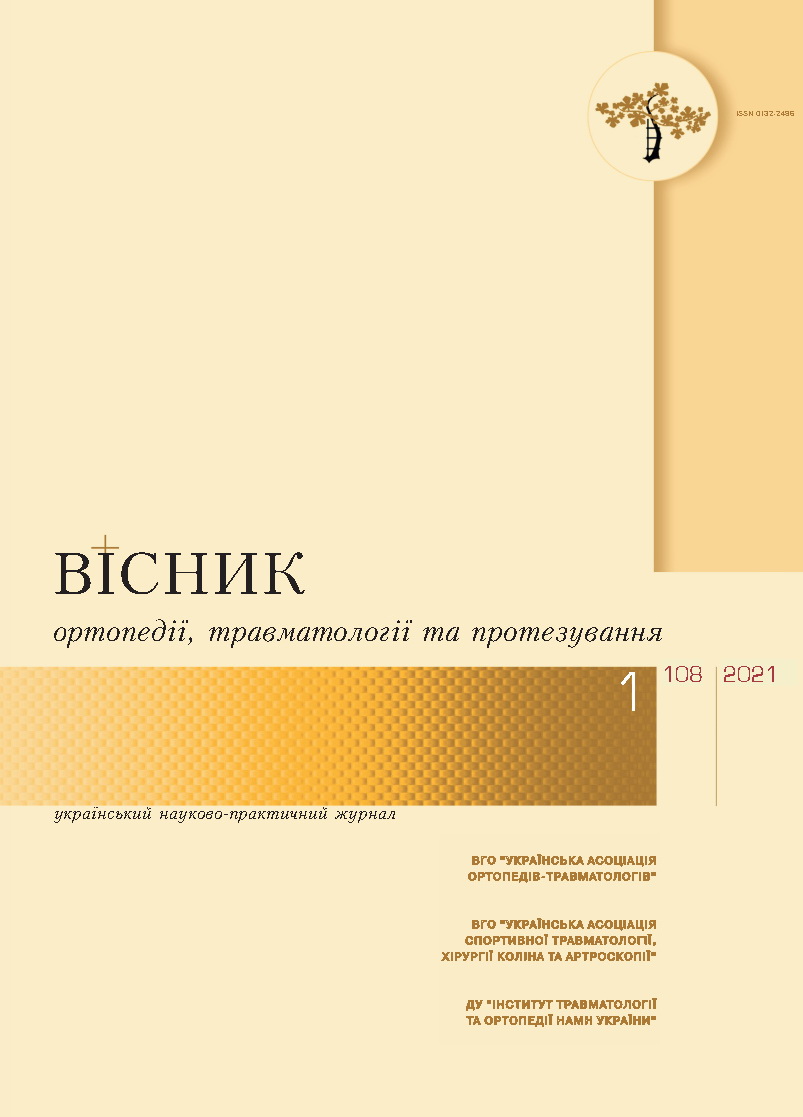 Summary. According to the literature, the pathogenesis of the secondary carpal tunnel syndrome in distal radius fractures remains poorly studied; local post-traumatic compartment syndrome is one of the possible mechanisms of its development.

Objective: to study the indicators of subfascial pressure in the carpal tunnel in fractures of the distal radius in the acute period of injury and their relationship with the severity of the fracture, skialogic indicators of displacement, the severity of pain syndrome, the patient's age, and time since the injury.

Materials and Methods. The study included 24 patients with acute fractures aged 48.4±19.0 years, among them 8 males and 16 females. The time from the moment of injury to the measurement of pressure with the “Stryker monitor pressure system” device was 10.5±9.8 hours; the indicators were correlated with pain syndrome according to the VAS scale, skialogic indicators of distal epimetaphysis deformity, and the severity of fractures according to the classification of fractures of the Association of Osteosynthesis (AO). By interviewing patients in a long-term period, the complaints which are a characteristic of lesions of the median nerve at the level of the carpal canal were determined.

Results. In distal radius fractures in the acute period of injury, the level of subfascial pressure is on average 26.5±12.3 mm Hg; however, more than a third of patients (37.5%) reach critical values, 30 mm Hg and more, which can lead to ischemic damage to the soft tissues of the hand, including the median nerve. A moderate reliable relationship between the subfascial pressure parameters in the carpal canal and the severity of the fracture according to the AO classification, the level of pain syndrome according to the VAS scale, the age of patients, and a weak probable relationship with the period after injury, the degree of relative shortening of the radius, indicators of intra-articular displacement and loss of ulnar inclination of the distal epimetaphysis were determined. No significant and reliable correlation between the indicators of intra-tissue pressure in the carpal tunnel and the angle of the palmar inclination of the articular facet in distal epimetaphysis of the radial bone fractures was found. None of the examined patients developed carpal tunnel syndrome, so there is no direct correlation between increased subfascial carpal tunnel pressure in the acute period after the injury and the incidence of median nerve compression neuropathy.

Conclusions. A moderate reliable relationship between the subfascial pressure parameters in the carpal canal and the severity of the fracture according to the AO classification, the level of pain syndrome according to the VAS scale, and the age of the patients, as well as a weak reliable correlation with the post-injury period, the degree of post-traumatic deformity of distal epimetaphysis of the radial bone in the form of its relative shortening and loss of inclination, and indicators of intra-articular displacement were determined. In this study, no correlation was found between increased subfascial pressure in the carpal canal in the acute period after trauma and the occurrence of compression neuropathy of the median nerve.